The United States may be recovering from COVID-19, but a second pandemic, POLARIZATION-20, shows no sign of abating. Many journalists spread the disease for both ideological and financial reasons. Christians know the sky is not falling because God holds up the sky, but The New York Times and The Washington Post on the left, and Fox News on the right, have learned that anger and doomsaying sell newspapers and attract viewers.

We should know, though, that our present age is not the first time polarization has ruled American politics. In 1800 Federalists and Jeffersonians attacked each other with rhetoric as harsh as anything we’ve heard recently. (They did use seven-letter words like “liberty” instead of the four-letter words common in our terser era.) Much of the press so often served as cheerleaders for one side or the other that journalists seemed unlikely to survive an ideological death spiral.

But some of them did emerge. In this short essay, I’ll tell the story of one largely forgotten editor, Nathaniel Willis, and his early 19th-century Christian colleagues. I’ll then give you a look inside the thinking at WORLD, a practitioner of Willis journalism, and conclude with some thoughts on what we can learn from Abraham Lincoln.

Willis was born in 1780, one year before a British army surrendered at Yorktown. He grew up with the new nation. Early in the nineteenth century, he edited The Eastern Argus, a partisan newspaper in Maine. In 1807, though, his life changed. Willis went to hear what he thought would be a political speech by a minister, but the minister brought his listeners back to Biblical basics.

Willis, in his own words, “was much interested, and became a constant hearer. The Holy Spirit led me to see . . . that the Bible is the Word of God — that Christ is the only Savior, and that it is by grace we are saved, through faith.” The new vision changed Willis’ life: He “began to moderate the severity of party spirit in the Argus, and extracted from other papers short articles on religious subjects.”

Willis wanted to make the Argus an explicitly Christian newspaper, but local politicians who
had backed the newspaper opposed him, so Willis moved to Boston, opened up a print shop there, and investigated the journalistic marketplace. Some newspapers, Willis found, were largely political and commercial. Others mainly served as church public relations organs specializing in ecclesiastical news. Willis closely analyzed three religious weeklies in particular and would not even count them as newspapers, for “a proper newspaper contains secular news, foreign and domestic.”

With coeditor Sidney Morse, Willis then produced the first issue of The Boston Recorder on January 3, 1816. According to the Prospectus published that day, the Recorder was to be a newspaper with “the earliest information of all such events as mankind usually deem important.” He wanted news stories to be written in a way that realistically showed the consequences of sin and the need for Christ: All kinds of stories provided “occasion to record many signal triumphs of divine grace over the obduracy of the human heart.”

For example, a Recorder article in 1819 headlined “Shocking Homicide” reported that a man had killed his own son after being “for a long time troubled with irreligious fears, and a belief that his sins were too numerous to be pardoned.” An article in 1820 criticized Admiral Stephen Decatur for fighting a duel for fear of being declared a coward: He forgot “that there is no honor, which is valuable and durable, save that which comes from God.”

Christian-run newspapers in other cities had similar formats and success. The Baltimore Chronicle, in its international coverage, described the troubles of one king: “A bloody cloud now swims before his vision, distilling blood instead of rain; the agitated monarch sees nothing but mangled limbs and bleeding bodies.... If Divine Providence had intended to have produced a living instance of the worthlessness of human grandeur, could a more awful example have been afforded?” The Portland Gazette, for its local coverage, described how two persons were killed by lightning within a house, for want of a lightning rod. It then concluded, “By such events, as well as by a multitude of electrical experiments, Providence is teaching us.”

These Christian newspapers attempted to provide a biblical worldview regarding all aspects of life, not just church news. One Ohio newspaper declared that the Christian newspaper should be a provider of not “merely religious intelligence, but a newspaper, complete in every department of general news, yet upon a religious, instead of a political or literary basis.” Another, the Northwestern Christian Advocate, proclaimed, “Let theology, law, medicine, politics, literature, art, science, commerce, trade, architecture, agriculture — in fine, all questions which concern and secure the welfare of a people — be freely discussed and treated, and this, too, for God, for Jesus Christ, and the advancement of the Redeemer’s kingdom among men.’’

Overall, many early Christian journalists showed an awareness of how the Bible uses bad news to show us the wages of sin and to prepare us for understanding the necessity of the Good News. The journalists knew that general statements about man’s corruption were far less gripping than coverage with specific detail of the results of sin and misery.

My wife and I have set up a small foundation, Zenger House, named after John Peter Zenger, a pioneering New York Christian journalist who did jail time in 1735 for telling the truth. Zenger House next year plans to begin awarding Nathaniel Willis Prizes for biblically objective reporting.

Christian journalism declined during the nineteenth century as Reformed understanding of God’s sovereignty in all areas of life became a minority position within Protestantism. Journalists influenced by Unitarianism and pantheism abandoned their Christian heritage. I’ve explored that history in two books, Prodigal Press, and Reforming Journalism, and won’t repeat it all here, except to note that those titles summarize my view of the ghosts of American journalism past and my hope for the future.

Today’s mainstream American journalism is the prodigal son of Christian newspapers like The Boston Recorder that emphasized telling the truth—but many reporters have lost sight of what truth is. To reform journalism we need to offer salt, not sugar: We need to print what is true about leaders and elections, not what we’d like to be true. WORLD is generally conservative but we try to be biblical first, conservative second, which means taking positions on compassion, immigration, prison reform, and other issues that don’t always fit within the conservative box. We practice journalism, not public relations, which means we are willing to criticize prominent leaders, including Christians, when they are hurting the cause of Christ.

We respect our readers not by echoing familiar soundbites but by speaking up for those it’s convenient to forget: among them are the unborn, the uneducated (victimized by poor schools), and the politically unfashionable. We see government as often the problem rather than the solution, yet we honor those who are in authority over us and recognize the God-given place of the state. We are fallen sinners, but we aim to present sensational facts with understated prose: In a high-decibel society we try to have a no-scream zone.

We value on-the-ground reporting from Africa, Iraq, China, and U.S. inner cities, and we put less trust in abstract essays. We emphasize the human touch by spending less time inside the Beltway and more on the prairie. We are less eager to publish abstract geopolitical analysis than to emphasize the lives of harassed or persecuted Christians. We try to cover cultural developments beyond Christian ghettos and comfort zones.

For 35 years WORLD has tried to follow John Piper’s advice: Aspire “to study reality as a manifestation of God’s glory, to speak and write about it with accuracy, and to savor the beauty of God in it.” Our goal is to tell real stories that implicitly show why we need to honor Christ in all things and above all things. The Bible teaches us that God created this world to be His theater, so the more we report accurately what happens in it, the more we praise Him.

WORLD sometimes highlights good news, and that praises God: Our natural selfishness means that what is good comes from Him. We cover compassionate ministries because God most showed his glory when Christ lowered himself to live among us and then suffer and die for us. We also praise Christ by showing bad news about the results of sin — because the bad shows how desperately we need Him.

On my April drive from Texas to give three lectures at MARS, I stopped in Springfield and paid my respects to Abraham Lincoln. Polarization in his day cost more than 600,000 lives during the Civil War and, at war’s end, Lincoln’s life as well.

Exhibits at the Lincoln museum show the scorn that came with his resolution to save the Union. Cartoonists depicted him as a clown, an ape, or a vampire. But Lincoln throughout his career met insults with wit, not scorn of his own. In one speech he explained the need to be careful in policy pronouncements. Here’s part of the transcript: “If I saw a venomous snake crawling in the road, any man would say I might seize the nearest stick and kill it; but if I found that snake in bed with my children, that would be another question. [Laughter.] I might hurt the children more than the snake, and it might bite them. [Applause.]”

Atheists are now in bed with our children, and older Christians battling that snaky faith in faithlessness need to be wise as serpents and gentle as doves. Christian journalists need to craft parables and not only offer commands. To beat the polarization pandemic, journalists must maintain a social distance from politicians and ideological demands. That doesn’t mean putting on a mask and hiding commitments. For Christians, it means that our primary commitment should be to biblical objectivity—studying Scripture so as to internalize the point of view of our Creator, who alone knows the true nature of His creation.

This article was previously published in the June 2021 issue of The Messenger. 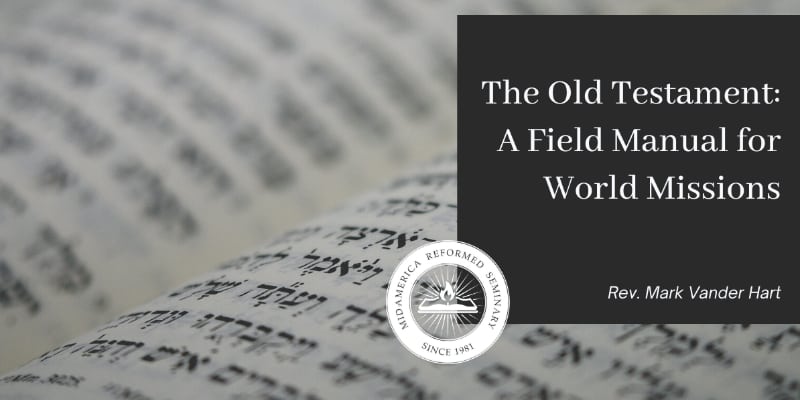 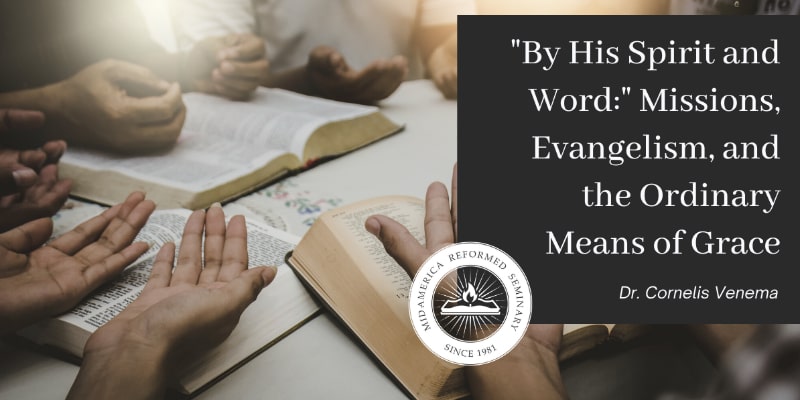 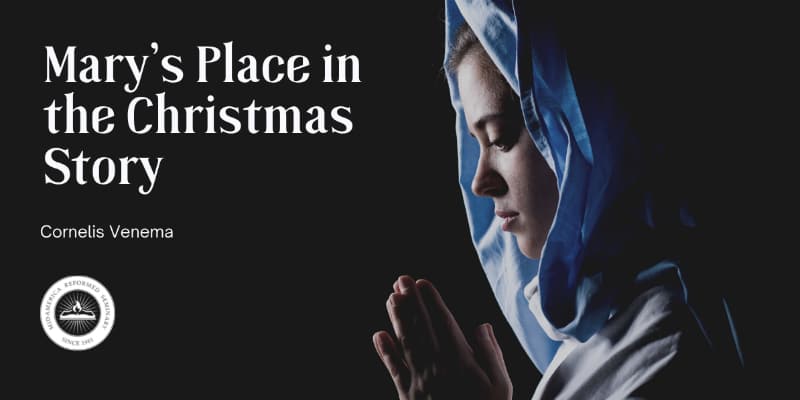