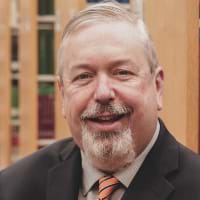 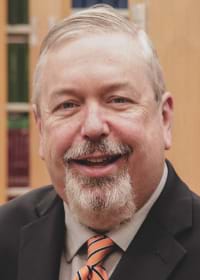 Professor Strange served Providence Orthodox Presbyterian Church in Glassboro, New Jersey, for over nine years before coming to Mid-America. He is an associate pastor at New Covenant Community Church (OPC) in Joliet, Illinois, frequently preaching there or speaking in other church and conference settings.

Dr. Strange is active in the Presbytery of the Midwest (currently serving as moderator) and serves on or chairs various OPC committees, including the Committee on Appeals and Complaints, the Psalter Hymnal Special Committee, the Committee on Christian Education, and the Board of Trustees of Great Commission Publications. He served as chairman of the Committee on Creation Views and as vice-chairman of the Justification Committee and the Committee on Updating the Language of the Westminster Standards, producing substantial reports for those study committees. Dr. Strange teaches the ministerial Training Institute of the OPC course on the Form of Government and has written extensively on church polity. He also served as the Moderator of the 75th OPC General Assembly (2008) and as general editor of the Trinity Psalter Hymnal (2018).

Professor Strange has been a frequent contributor to the OPC denominational magazines New Horizons and Ordained Servant (serializing commentaries on the Form of Government and Book of Discipline in the latter) and the Mid-America Journal of Theology. He has also written for and serves as a contributing editor to The Confessional Presbyterian. He has recently published The Doctrine of the Spirituality of the Church in the Ecclesiology of Charles Hodge (P&R), The Imputation of the Active Obedience of Christ at the Westminster Assembly (RHB), and What is the OPC? (CCE).  He is a member of the Evangelical Theological Society, the Conference on Faith and History, and the American Society of Church History.